Can a Self-Represented Litigant in New York Be Responsible For The Other Spouse’s Attorneys’ Fees? 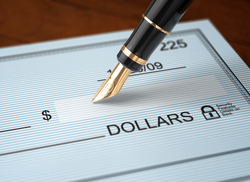 It is a divorce attorney’s worst nightmare- a self-represented litigant on the other side. Everything is going to be more difficult and take more time.

In a recent New York divorce, a Suffolk County judge ruled that a pro se husband who "engaged in obstructionist conduct" that needlessly led to a 12-day trial pay his wife’s counsel fees.

Simple justice dictates that the defendant who chooses to function from a position of anger and resentment, not be allowed to purposely drive up the plaintiff's counsel fees and act in such an inappropriate manner, without being made responsible for all of the trial fees. Therefore, in an exercise of this court's discretion, the defendant is responsible for all of the plaintiff's counsel fees for trial

The husband in this case made a motion to recuse the judge on the eve of trial; threatened to file a grievance against the judge, made a lengthy opening statement which was irrelevant to the trial; disregarded numerous court rulings; unnecessarily extended cross examination over a number of days; and extended a trial that should have been 3-4 days to 12 days.

All the while, the plaintiff was compelled to take time off from work, depleted her vacation and sick time and was paying her attorney by the hour.

[there] shall be rebuttable presumption that counsel fees shall be awarded to the less monied spouse." Moreover, when awarding counsel fees, the court must not only consider the parties' financial positions but any delay incurred as a result of a party's obstructionist tactics.

Though unemployed, the self represented husband was not out of pocket for an attorney’s time for the delays caused by his obstructionist conduct; the Court “punished” the husband by requiring him to pay all the wife’s attorney’s fees for the trial.

This case highlights that New York courts will not condone conduct from self-represented parties that it would not tolerate from attorneys. Even if you do not have an attorney, if you behave badly you may end paying for your spouses’ counsel.