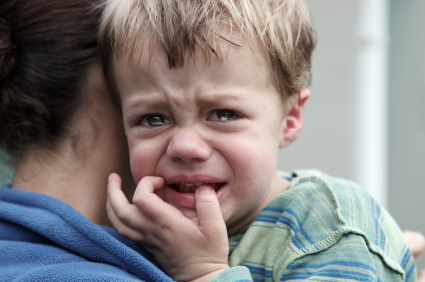 There is a welcome trend in child custody cases in New York- parents, the courts and even New York divorce attorneys, are all recognizing the importance of both parents being engaged in making decisions effecting their children’s health, education and welfare. Rather than vesting one parent with child custody and decision making authority, now many custody disputes are being resolved in a way to give both parents say in making major decisions for their children.

Even without court intervention, with ever-increasing frequency, divorcing parents in New York are agreeing to some form of  joint decision-making.   This arrangement, which is commonly referred to as “joint custody” or “joint legal custody,” enables both parents to have meaningful input into what happens in their child’s life.

While a shared decision making is aspirational, it is not appropriate for everyone. There are cases where the parties either are just too contentious to jointly make decisions or shared custody is just not appropriate (i.e., in cases of domestic violence, drug or alcohol abuse etc.)

A recent case provided a survey of the law regarding decision making in custody cases in New York.  Not only is the case informative as it relates to legal issues, it is enlightening as Justice Cooper shares his candid impressions of the parties and how it affected his opinions.

Describing the importance of the custodial designation, the Court opined:

Because the word is defined as the “care and control” of another, the granting of custody to one parent can be seen as a declaration that the other parent has no role, or at best, a decidedly secondary role, in raising the child. Thus, it makes sense, wherever possible, to avoid using the word in favor of more neutral terms that do not give rise to the negative associations that come with being designated the non-custodial parent

. . . .even in a situation where hostility and poor-communication abound, courts, when called upon to designate legal custody, should opt, if at all possible, for designating both parents joint custodial parents, rather than making one the custodial and the other the non-custodial parent. . .To designate [a father] a non-custodial parent would, in effect, label him — to the child and the rest of the world — as being somehow defective and inferior to the mother, who, in turn, would wear the crown of custodial parent.

For this reason, the Court explicitly rejected awarding of one parent the authority to make all decisions because the end result would marginalize the parent denied decision making and would decrease the likelihood of cooperation between the parties.  Instead, the Court  relied on two earlier cases and award each parent decision making authority in specific areas.

In Mars v Mars,, the first case the Court relied on, it noted that

It is undisputed that each parent takes an active interest in the children’s lives and that it is in the children’s best interest that both parents remain involved with them, notwithstanding the parents’ present intolerance for each other …. While there is significant precedent for dividing decision-making between parents, we are aware of no precedent for completely depriving a non-custodial parent, who is otherwise to remain fully involved with the children’s lives, of decision-making in all areas.

It found that it was in the child’s best interests to divide authority so as “to maintain the respective role of each parent in the child’s life.” With the mother as the “child’s primary caretaker,” the court found that granting zones to the father took into consideration “the strengths and weaknesses of both parents”and the “child’s need for nurturing, guidance and the meaningful involvement of both parents.”

The Court then addressed the two major areas where decisions must be made, medical and educational issues.  After consulting with the other parent, each parent was granted the authority to make the decision is specific areas within their “wheelhouse”- the father for educational issues because  he was involved in both the parent association of the child’s school and was a trustee of his college, and the mother because she was better attuned to the child’s physical needs.   It was noteworthy, that the Court also ordered that the parents consult with a parenting coordinator to assure that parents actually consulted with each other.

Undoubtedly, children fare best in a stress-free environment where parents are both on-board in making unified decisions.  Unfortunately, parents who are no longer together, may have competing agendas for rearing their children.   I do believe that parents can put their competing interests aside and do what is necessary to jointly make decisions in the best interests of their children.

If you have issues regarding the custody and care of your children, please contact us or call us.

previous
How To Tell and Prepare Your Children For Divorce
next
Long Separation, No Divorce? No Equitable Distribution!