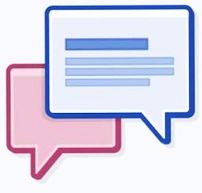 A trend is developing- the law is embracing technology and social media.  For the second time in recent months, a New York court allowed a defendant in a divorce to be served by Facebook.

All cases begin with the service of a summons.  In a New York divorce, the defendant must be personally served with the summons, reflecting the importance of allowing a party to offer a defense in a case that could have immeasurable financial and familial consequences.

Problems arise when one spouse cannot be located and, therefore, personally served.  Parties could seek permission to make alternative service and, as a last resort, service by publication when, after a diligent inquiry, a party could not be located.   The problem with service by publication is that not only is service it expensive, but it is completely ineffective. Defendants rarely get notice of the pending divorce from a newspaper ad.  Truthfully, who actually reads the legal classified ads in the Irish Echo?

In a recent New York County case, a wife was permitted to serve her husband by direct message through Facebook after she was able to prove:

In the case, the defendant, never resided in New York, had no last-known address or place of employment, refused to reveal to plaintiff where he lived, and was unregistered with the department of motor vehicles.  In short, but for his Facebook presence, he could not be found.

That there was a Facebook account in the defendant’s name was not alone a sufficient basis to permit service through Facebook.   The plaintiff had to satisfy the court that:

If these two conditions can be satisfied, service through Facebook should be a preferred method of alternative service over service by publication.  Not only is it likely to actually apprise a defendant of the divorce, but it is far less expensive than a legal classified ad.

It will be interesting to see how just how far Courts will be willing to go in permitting service through social media.    Will we soon be direct tweeting summons in 140 character messages?    Will a picture of a summons on a photo sharing site constitute good service?

previous
What Are The Odds That I Will Get Divorced: Are the Divorce Rates Down?
next
What is the Best Custody Arrangement After Divorce?