Proof That Bad Conduct Hurts You in Your New York Divorce 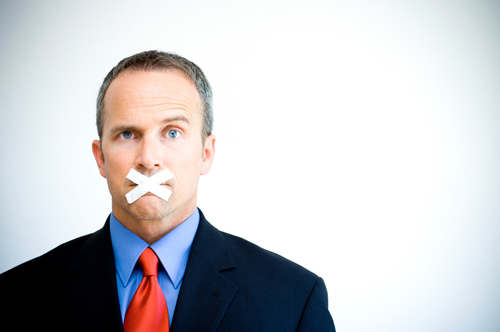 “Don’t bite the hand that feeds you,” particularly if you are getting divorced in New York.

While that seems like common sense, some parties resort to a scorched earth strategy to divorce; they want all the marital property and what they can’t get, they destroy. That questionable tactic backfired in a recent Manhattan divorce.

In a case reported in the New York Daily News, the New York Post and the New York Law Journal, a wife’s public and online complaints about her husband, a prominent New York attorney, resulted in her receiving a 17% interest in his law practice in their divorce.

Although the economy contributed to the loss in value of the husband’s practice, the Court found that the wife’s negative online posts about her husband

went beyond any reasonable discussion of this very serious issue. . . .At a time when work in his field was in decline, any negative publicity, even if not directly related to the husband's legal acumen, could potentially scare away clients.

In one instance, Janice Schacter claimed her husband, partner in a large white shoe law firm, refused to pay for his daughter’s $12,000 hearing aid but bought a $215,000 engagement ring for his Playboy model girlfriend. Though he actually paid for the hearing aid, he was publically ridiculed and was sarcastically named “Lawyer of the Month” by Above the Law, a legal gossip blog.

The husband claimed the negative publicity hurt him professionally, reducing the value of his partnership from $5 million in 2007 to $627,000 at the time of trial in 2012.

The court could not condone the wife’s conduct.

Although the court recognizes that the wife feels she was badly treated by the husband, her repeated attacks against him have played a part in diminishing his income.

Rather than receiving a significant portion of a valuable asset, the wife was awarded a smaller portion of a greatly diminished asset.

This case reminded me of one I had where I was representing a husband of a business owner. Unbeknownst to me, while I was arguing that my client should receive a significant share of the business, he was aiding a former employee in an employment discrimination case.

You can’t have it both ways. If you are biting the hand that feeds you, you can’t complain when you go hungry.

How can you simultaneously attack an income producing asset and then claim a significant portion of its value? You can’t. The best thing you can do, it you want to share in the marital asset when you divorce, keep your mouth shut. Remember the old cliche, “if you can’t say anything nice, say nothing at all!“