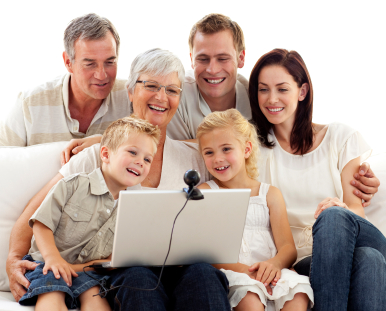 The reasons for the move, which are generally described as benefiting the custodial parent and the children, must be carefully weighed against the negative effect the move will have on the non-custodial parent’s relationship with the children.

One judge came up with a clever solution- video or tele-conference visitation.

In Baker v. Baker, the Judge permitted a mother, who was about to lose her home to foreclosure to relocate to Florida, where she could live with her parents, provided that father could video chat with the children, via skype, several times a week.;

In considering the relocation, the Court cited the standard announced in the Court of Appeals in the Tropea v. Tropea:

. . . we hold that, in all cases, the courts should be free to consider and give appropriate weight to all of the factors that may be relevant to the determination. These factors include, but are certainly not limited to each parent’s reasons for seeking or opposing the move, the quality of the relationships between the child and the custodial and noncustodial parents, the impact of the move on the quantity and quality of the child’s future contact with the noncustodial parent, the degree to which the custodial parent’s and child’s life may be enhanced economically, emotionally and educationally by the move, and the feasibility of preserving the relationship between the noncustodial parent and child through suitable visitation arrangements. In the end, it is for the court to determine, based on all of the proof, whether it has been established by a preponderance of the evidence that a proposed relocation would serve the child’s best interests

While scheduled video conference is not a substitute for sharing a meal, tossing a ball, or enjoining a hug with a child, it does provide a way of maintaining regular and meaningful communication.

Visitation via video conference may not be the solution in all cases, but it offered a fair resolution in this case where the mother and children had to move because their home was in foreclosure.