A common scenario, discussed several times on this blog, involves relocating with a child after a divorce.

Typically, one parent obtains a new job or is transferred,   wants to remarry and to move to be with the new spouse, or just wants to explore new opportunities elsewhere.    The problem is that the relocation causes a separation between the child and the parent remaining behind.

Absent the other parent’s consent, a court order is required in order to move.    As detailed in one recent New York case, the court conducts a fact intensive inquiry to determine the “best interests of the child.”

The inquiry is a balancing test of a litany of factors, but the central and overriding concern is the impact of the move on the relationship between the child and the noncustodial parent.

When evaluating whether a proposed move is in the child’s best interest, “the factors to be considered include, but are not limited to, each parent’s reasons for seeking or opposing the move, the quality of the relationships between the children and each parent, the impact of the move on the quantity and quality of the children’s future contact with the noncustodial parent, the degree to which the lives of the custodial parent and the children may be enhanced economically, emotionally, and educationally by the move, and the feasibility of preserving the relationship between the noncustodial parent and the children through suitable visitation arrangements.”

Relocation cases are never easy.   On one hand, one parent is trying to move on with their life while the other parent is struggling to maintain a relationship with the child.      In the end, the court is concerned with the best interest of the child. 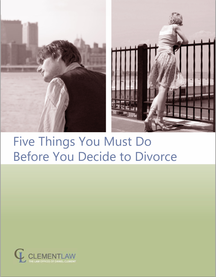 previous
Social Security Disability Can't be Garnished to Pay Child Support
next
7 Divorce Mistakes to Avoid: How to Not Have A Disastrous Divorce