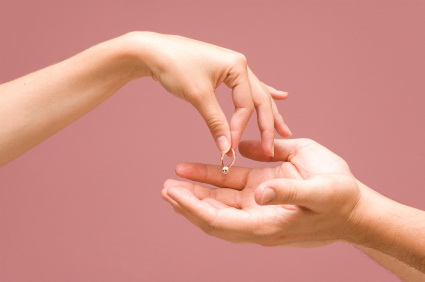 It is well established in New York, that when an engagement is broken, the engagement ring must be returned to the groom.  The exception to this rule is when the man is already married, the intended bride gets to keep the ring.

Recently, a New York court answered the question what happens to an engagement ring when it is the woman who is already married and the “engagement” is broken.

In the case Lipschutz v. Kiderman, the appellate court explained that:

where a party gives an engagement gift to another with knowledge that an impediment to a lawful marriage exists, whether the impediment is on the part of the donor or the recipient, no action will lie to compel a return of the property on the ground that the marriage did not take place

So, if a man gives a woman a ring, knowing that she is married, and the parties fail to wed, then the woman may keep the ring.

However, if someone is already married at the time of the engagement, they cannot legally enter into a contract to marry.   In many of the reported cases, it is the prospective groom who gives an engagement ring while married to another woman.  Whether or not the marriage takes place, his fiancé is legally entitled to keep the engagement ring.

In the Lischutz case, it was the woman who was married at the time of the engagement.  The Court said that if the prospective groom actually knew this his fiancé was married and could not contract to marry, when he gave her the ring, she would get to keep it.   If he did not know she was married, he would be entitled to the return of the ring.