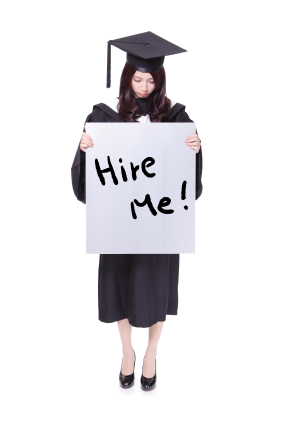 Recently, I wrote about a mother that was permitted to relocate with her child so that she could take a job to support her family.    But the cases don’t always go that way.  Sometimes the right to relocate is denied.   When that happens, the person looking to move loses custody of the children.

Meet Michelle V., who, after graduating from  Cornell Law School, accepted the only job she could find, a judicial clerkship in New Jersey, 4 ½ hours away from the Ithaca, New York, where her child’s father lived.    The father, a professor at Cornell, shared joint custody of the child and opposed the move.   Both parents were actively involved with the child.

Because the mother failed to  show that she sought employment in the Ithaca area, the Court denied the mother the right to relocate and, instead, awarded the father physical custody of the child.

While the mother testified that she took the only employment offer extended to her and, thus, she had no choice but to relocate, there is little evidence in the record regarding  her job search in the area surrounding the parties’ former marital home in Ithaca, either before her clerkship or upon its anticipated completion. She submitted evidence of her email account, which showed various correspondence relating to her search for employment. However, these records did not indicate that any of the jobs she applied for were in the Ithaca area and, furthermore, she could not specifically remember any positions that she had applied for locally.

I am not so sure that Michelle’s goals were so inconsistent with the mother who was looking to relocate to support her family.

As Staci Zaretski points out on Above the Law:

Sure, one of Michelle’s goals was to “move out of NY,” but perhaps the judges forgot that getting a job fresh out of law school is ridiculously hard right now. Trying to get a job in Ithaca, a town where the market has been flooded by other graduates of the same law school who are in the same situation, would have been akin to Michelle offering herself as tribute in a real life version of the Hunger Games.

Relocation cases are tough.   One parent often ends up losing if not custody, a meaningful relationship with the children.   The Court’s opinion expresses concern that the mother was looking to limit the father’s involvement with the child which may be the real reason that the relocation was denied and the mother lost custody.

I suspect the result may have been different if the mother, rather than attempting to limit the father’s access, instead facilitated and encouraged the father/child relationship.

previous
To Win Your New York Divorce You Have To Sustain Your Burden of Proof
next
How Should I Behave for My Court Appearance in a New York: 9 Rules to Follow