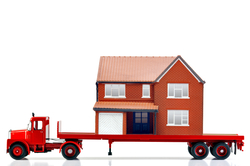 It is not unusual that when parties divorce, one party wants to move to explore new opportunities. The move from New York only becomes an issue, as evidenced from the spate of recent cases, when a parent seeks to relocate from New York with a child.

In a recent case, an unemployed mother, who wanted to relocate with her children from New York to Arizona so that she accept a teaching position, was prevented from relocating because she failed to prove that the move was in the children’s best interest.

In a very short opinion, the Appellate Division enumerated what must be shown in order to be granted the right to relocate.

• The move must enhance the children’s lives economically.

In one recent case, the mother was permitted to relocate because father was not reliably supporting the children and the mother had to move to secure employment so that she could provide for the child.

• The move should enhance the lives of the children

When parents have successfully petitioned to relocate from New York, they have established that the move somehow benefits the children. Successful applications demonstrate that children benefit from the proximity of an extended family, better schools or even an improved living arrangement.

In denying this move, the Appellate Division noted that

There was no testimony regarding how the children felt about the proposed move, in terms of how they believed it would affect their relationship with their father or any of their friends. In fact, there was no evidence as to whether the subject children even desired to move.

• A demonstration of how the relationship between the children and non-relocating parent will be preserved.

A parent seeking to relocate must provide a realistic parenting plan, allowing the other parent to maintain a relationship with the children. The plan must be viable given the parties’ financial circumstances.

These plans may include making accommodations for the other parent to visit the relocated child and extended access during school vacations and the summer.

Applications to relocate with children from New York not casually granted. This is particularly so, when the parent remaining in New York is actively engaged in the children’s lives. A winning application must be presented in a cogent and well thought manner giving due consideration to all the factors which courts have repeatedly announced as being important.

previous
How Do I Ask My Fiancee for a Pre-Nuptial Agreement?
next
What makes a marriage last?